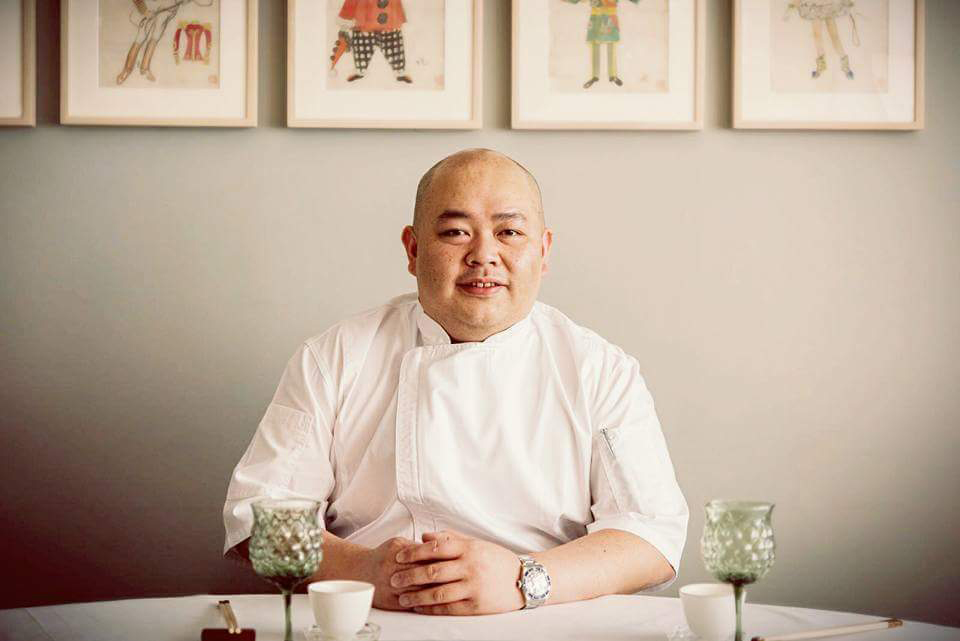 The secret of sauce, how chefs leverage Chinese sauces in both classic and modern ways.

In this interview with Lee Kum Kee, Culinary Director Chef Daren Liew - former Executive Head Chef at Duddell’s London and Executive Sous Chef at the Hakkasan Group explains to us the secret of Chinese sauces, and how chefs can leverage Chinese sauces in both classic and modern ways.

I have been cooking at the highest level for over 20 years, beginning my career in Malaysia, before moving to Singapore’s Mandarin Oriental, then coming to the UK to work at the Good Earth Group. More recently, I was Executive Sous Chef at the Hakkasan Group and Executive Head Chef at Duddell’s London. Some of my key achievements include opening Hakkasan’s first ‘Ling Ling’ branded restaurants in Mykonos, Greece and opening the Hong Kong Michelin-starred Duddell’s first overseas outpost in London. My cooking philosophy is to respect classic cooking techniques whilst putting my own modern twist on dishes.

Perhaps due to the speed of information these days as well as a greater internationalisation and demand for Asian cuisine, there have been a huge number of Asian & Chinese restaurant openings across the spectrum. The key is that global (Asian) brands are opening in London. Luxury brands such as Duddell’s and Imperial Treasure have opened branches in London, bringing more options for the discerning consumers. However, this is a trend not restricted to the top end. More casual dining brands such as the hugely popular Din Tai Fung from Taiwan and the upcoming Haidilao will bring even more ‘authenticity’ to the capital. It’s a really exciting time for Chinese and Asian food.

As Development Chef and sauce QC at the Good Earth group, one of my main roles was to research and develop sauces as well as teaching wok chefs to use these sauces in a consistent manner. In addition, I would ensure that sauces produced in both the Good Earth factory and restaurants were in accordance with the company’s signature flavour profiles.

There are two major influences on my personal cooking style. The first and foremost is my father, who was also a chef and restaurant owner. I was inspired by his cooking style: using the freshest and simplest ingredients with the cleanest execution to create a dish – his dishes would have no more than five flavours each. Keeping a dish simple is a sign of a great chef, as it takes a great deal of skill and respect for the ingredients to bring out the original and truest taste of a dish. These are the tenets of classic Cantonese cooking.

The second major influence is Chef Joel Robuchon. He is very precise and serious in executing every dish and each of his dishes has its own characteristics. I have been to his London restaurant seven times, but each time I was surprised and amazed by the quality of his creations and the way he respected every ingredient used.

The secret of Chinese sauce

The key to understanding Chinese sauces is knowing when and where to use them. For a wok chef, the key Chinese sauce is oyster sauce and (light) soy sauce. The spirit of Chinese dishes comes from the wok and control of the wok, and knowing how to use both sauces is integral to this understanding. For example, it is key to bringing that extra umami and aromatic fragrance to a stir-fried dish from both oyster sauce and soy sauce; when making a simple fried rice, soy sauce is added just prior to plating, which will bring out the fragrance of the dish.

In addition, oyster sauce is key to the large majority of marinades, and key to pan frying – another key cooking method of the wok chef.

The light soy sauce has a thinner consistency and more umami and saltier flavour compared to the dark soy sauce. For that reason, and the fact that I consider it the soul of Chinese food, light soy sauce should be used to marinate your meat ingredients. The dark soy sauce is better for finishing and adding colour with a more concentrated but less salty flavour.

Steaming – for example when steaming fish, once the fish is steamed, you can add light soy sauce, or even a specific seasoned soy sauce for seafood.

Normally in Cantonese cuisine, we create our own homemade seasoned soy sauce for steamed fish recipes. When the fish makes contact with hot soy sauce and garlic oil, the freshness of the umami taste really brings out the uniqueness of the dish. Soy sauce is great for this - its umami flavour creates a fantastic combination with seafood like steamed fish.

These days, chefs are very lucky to have so many options available to them in terms of sauces. When we were learning the trade, some 15 years ago, we would have to research sauces ourselves and produce them from scratch. Nowadays there are so many sauces you are really spoilt for choice. There are some great quality products on the market, such as those from Lee Kum Kee. It is not just convenience that makes the sauces so great. It is not actually possible to create your own soy sauce anymore in a consistent manner. This is because of the current humidity, temperature and environment. Brands such as Lee Kum Kee offers guaranteed quality and consistency.

Beyond classic Chinese cooking, there are many ways of using Chinese sauces in a creative manner, an example would be using oyster sauce for seaweed stock for jelly. The umami taste from the oyster sauce can bring out the freshness in dishes which can be used in starters or even to enhance classic sauces in Western cuisine.  For example, I love braised oxtail and elevate the flavours of this dish by adding Premium Oyster Sauce for a final umami hit. 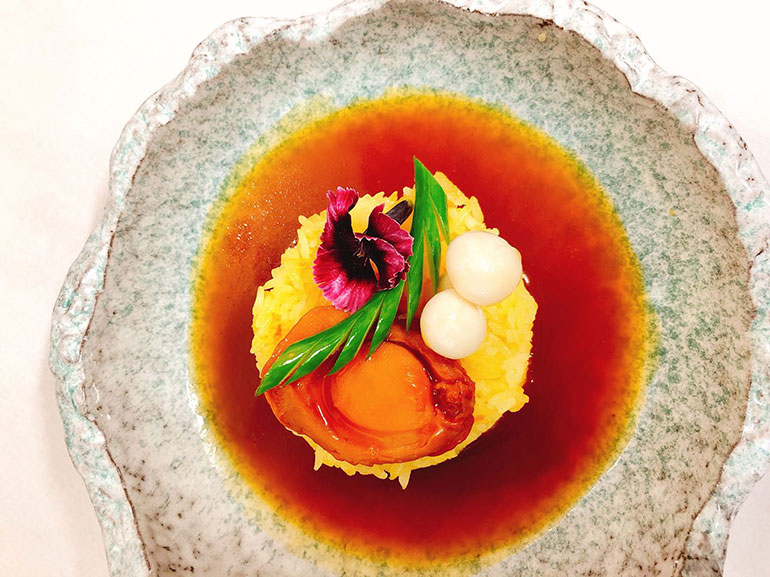 Cantonese Braised Abalone with Premium Oyster Sauce
PREVIOUS
NEXT
BACK
By accepting or continuing to browse this site, you are agreeing to our use of cookies and our privacy policy
ACCEPT