Hong Kong has often been hailed as the Culinary Capital of Asia and has been the home for street food for decades. With such variety of dishes and flavours, there’s no wonder that the trends are moving West and landing in the UK.

Street food in Hong Kong isn’t a new invention, it’s a Chinese food fact. Early in the 19th century, food stalls started appearing and offering up tasty and affordable meals for the workers in the area. By 1945, the government started issuing licenses and the stalls became known as “Dai Pai Dong” or big license stalls.

In 2015, Hong Kong street food had it’s first mention in the Michelin Guide, with Michael Ellis, the international director of the guide saying “The MICHELIN Guide has always been a true reflection of the restaurant scene in the cities and countries that we cover. In Hong Kong, street food is part of the local way of life: the city never sleeps, the streets are constantly bustling, and Hong Kong residents love to eat out, without necessarily sitting down and spending a lot of money.” In total, 77 restaurants across Hong Kong and nearby Macau were featured in the world renowned guide. Hong Kong even offers up one of the cheapest Michelin Star meals in the world – only £3 for Tim Ho Wan’s Dim Sum.

Now, people travel from around the world to try the Hong Kong street food and beverages for themselves. A simple search on the internet will bring up pages of guides on where to find the best street food in Hong Kong, what to try and which stalls to get it from. Most return the same results; Pineapple Buns, Egg Tarts and Cheung Fun, a rice noodle roll traditionally eaten for breakfast or lunch.One of the popular streetfoods which has made it’s way to the UK is the bubble waffle – a sweet egg waffle in the shape of bubbles. Sunny Wu, the 26-year-old co-owner of the Bubblewrap based in London said to the South China Morning Post, “Bubblewrap began as a business project by a group of Imperial College students in 2015. When group member Yu Liu who lives in Hong Kong, suggested egg waffles, [at first] the group was not convinced that Londoners were going to buy into it.” But from that initial idea, Bubblewrap has gone from stalls at food markets to opening it’s first store in March 2017. 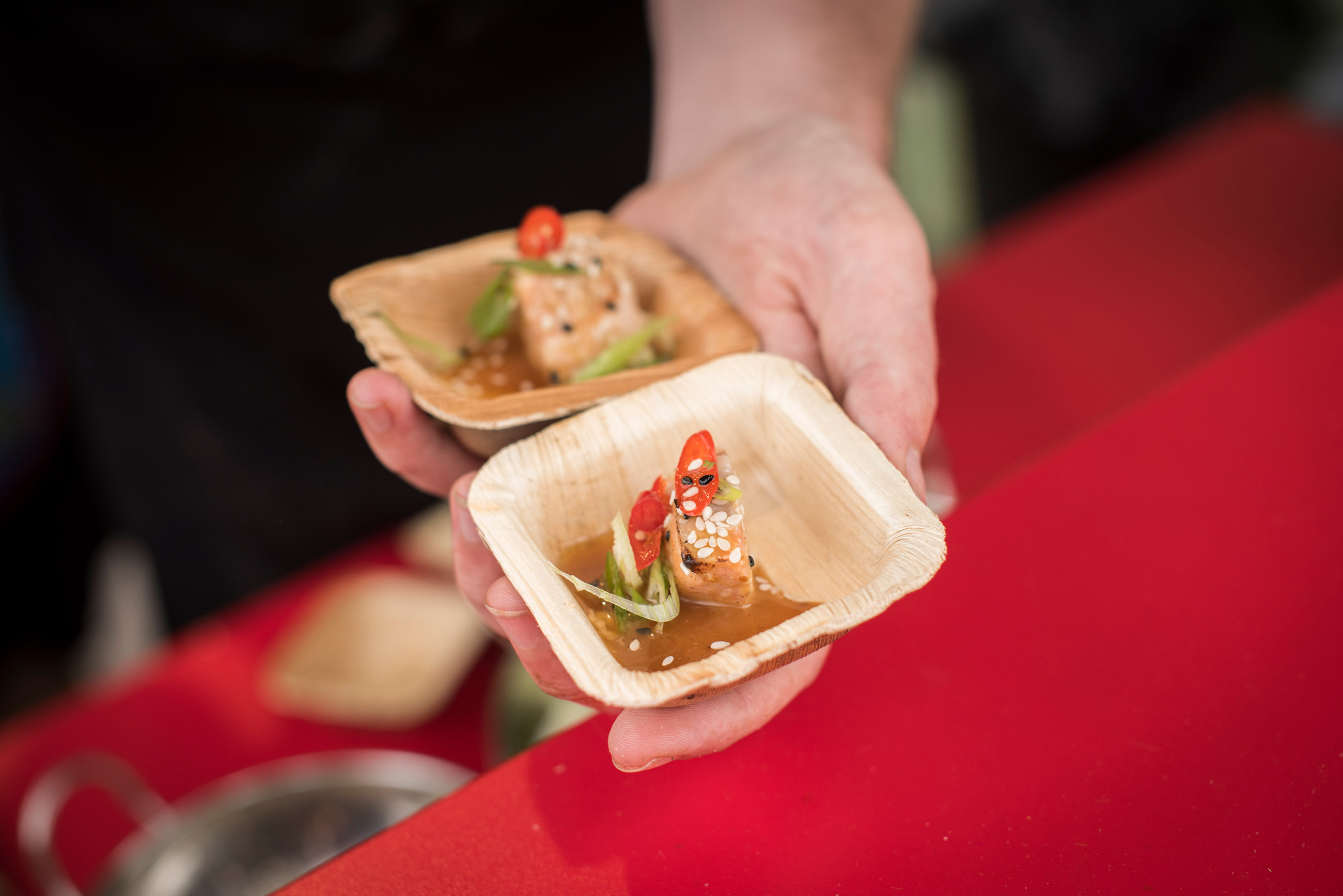 Street food is part of the local way of life

Street food trends isn’t just sticking to the streets, however. In February 2018, Tea Room in Soho unveiled it’s new Hong Kong style brunch which gave traditional brunch dishes a Cantonese spin. Owners, Z He and Alex Peffly based their brunch menu ideas on the flavours of Z He’s childhood, along with dishes from Hong Kong’s street cafes. Not only are there dishes like cumin potato hash with fried egg and house pickles, but also pumpkin congee with cured egg yolk and braised pork mince, topped with yao zha guai (fried dough), pickled leeks, and fresh basil.

Alicia Grimshaw of About Time, recently experienced the brunch for herself and said “For a year I worked in Hong Kong and I was exposed to the bright lights, fast paced lifestyle of this cosmopolitan island.…I may not be heading back to Hong Kong anytime soon, but this brunch provided a nostalgic bite and further showed that brunch doesn’t have to be centred around avocado (praise be).”

When looking for the next big food trend to emerge in the UK from Hong Kong, one of the food items that come up most frequently is egg custard tarts. Crispy pastry filled with delicious yellow custard and eaten warm, they’re bound to lead to another, and another after that!

If you’re looking for something more savoury, curry fish balls are bound to be popular. These smooth and springy balls been served in Hong Kong since the 1950s, and come in groups of five on a bamboo skewer after being soaked in a strong curry sauce.

With the consumers desire for street food seemingly continuing, there is little doubt that Hong Kong street food will continue to make its way over to the UK. London even houses Bang Bang Oriental Foodhall, - the biggest Asian foodhall in the UK - making the capital a prime location for Hong Kong street food investors to prosper.