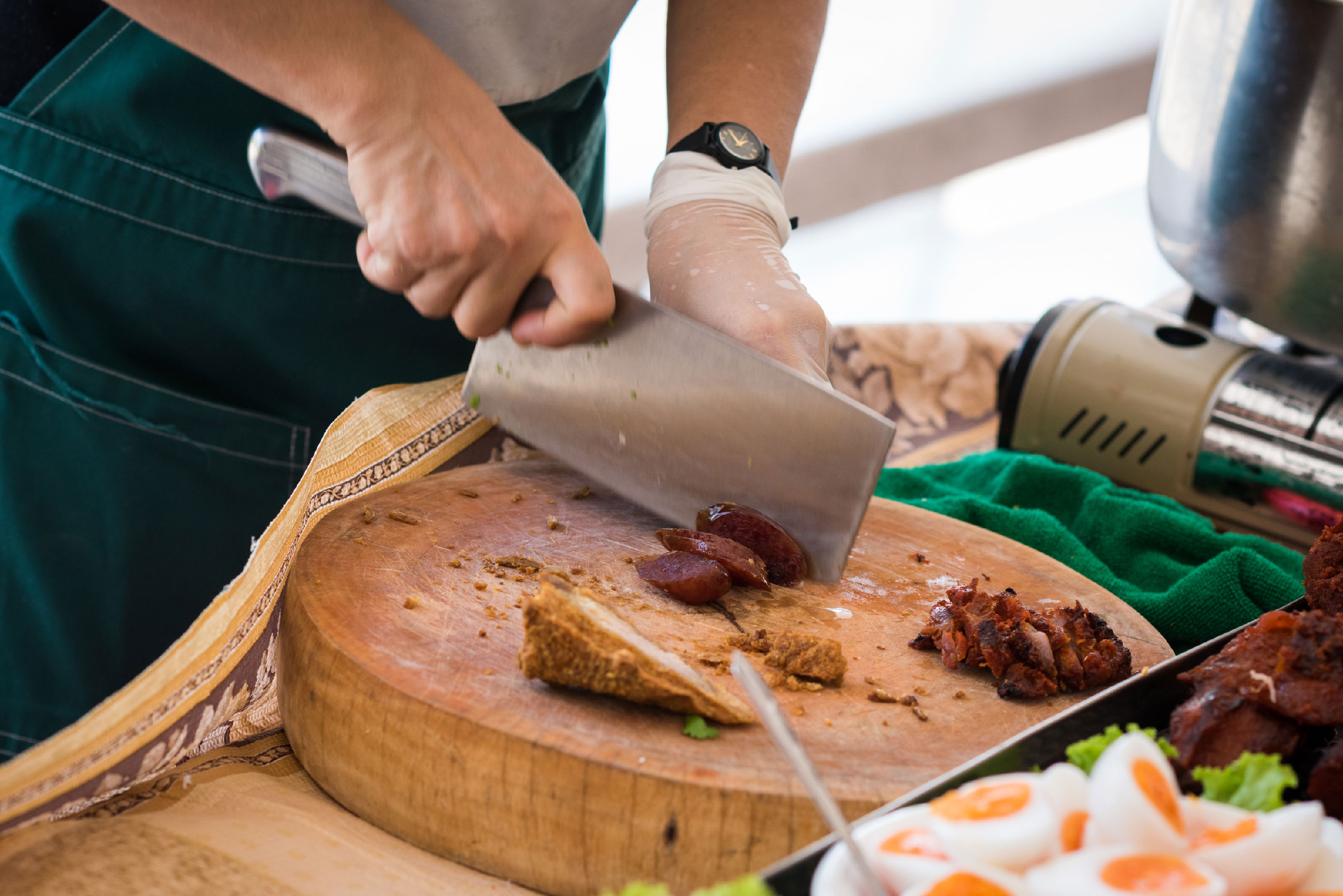 A knife is a knife right? Wrong. Especially when it comes to Chinese knives and cleavers. For all chefs, their knives are their most used tools, meaning they need to be the best they can be, after all, they are used day-after-day in all elements of recipe development.

The history of the Chinese chefs knife can be traced back 4,500 year ago to the Longshan culture where specific knives for cooking first appeared. One of the most notable mentions of the kitchen knife is from the ancients text by Zhuang Zhou in the 4th Century where knives were described in the dismemberment and butchery techniques of an ox.

In order to work the blade properly you need to learn to hold the knife properly too. Speaking to Epicurious, Grace Young, the author of Stir-Frying to the Sky’s Edge and Breath of a Wok, said, “You want a pinch grip. You're really squeezing the handle with your thumb and forefinger, and your forefinger is relaxed, and your other three fingers are holding the handle.” While the blade can be very sharp, make sure you use your free hand to hold the food in place, curling your fingertips under and never lift the blade higher than your first knuckle.

The next step of using the Chinese cleaver is mastering the different Chinese cooking methods using the blade: slicing, julienne and shredding, dicing, mincing, roll-cutting, parallel cutting, crushing and tenderising.

For basic slicing, Grace Young says, “The knife starts off on the board. You start to cut near the tip of the blade, and then you're stroking down in a forward motion, using almost the entire blade to follow through.” The similar method can be translated into other slicing methods such as dicing and mincing. As the cleaver has such a large, flat blade, it is perfect for crushing garlic ahead of mincing, but is also a useful tool for transporting ingredients to pans.

When making a simple stir-fry, such as Broccoli Beef, the Chinese cleaver is perfect for cutting carrots into batons, broccoli in halves, thinly slicing pepper and of course slicing up steak. Not only that, but the blunter top edge of the blade can even be used to pound and tenderise the meat. Through using the same blade, it’s a good way of ensuring that all the ingredients are of a similar size and therefore cook at a similar rate. Plus, it saves on the washing up!

While the Chinese cleaver is perfect for various methods of kitchen preparation, it is essential that the blades are properly maintained. Keep the knife out of the dishwasher and instead wash with warm soapy water. Also, regularly sharpen the blade in order to ensure that the perfect cutting blade is maintained. Remember, a blunt blade can be just as dangerous as a sharp blade. 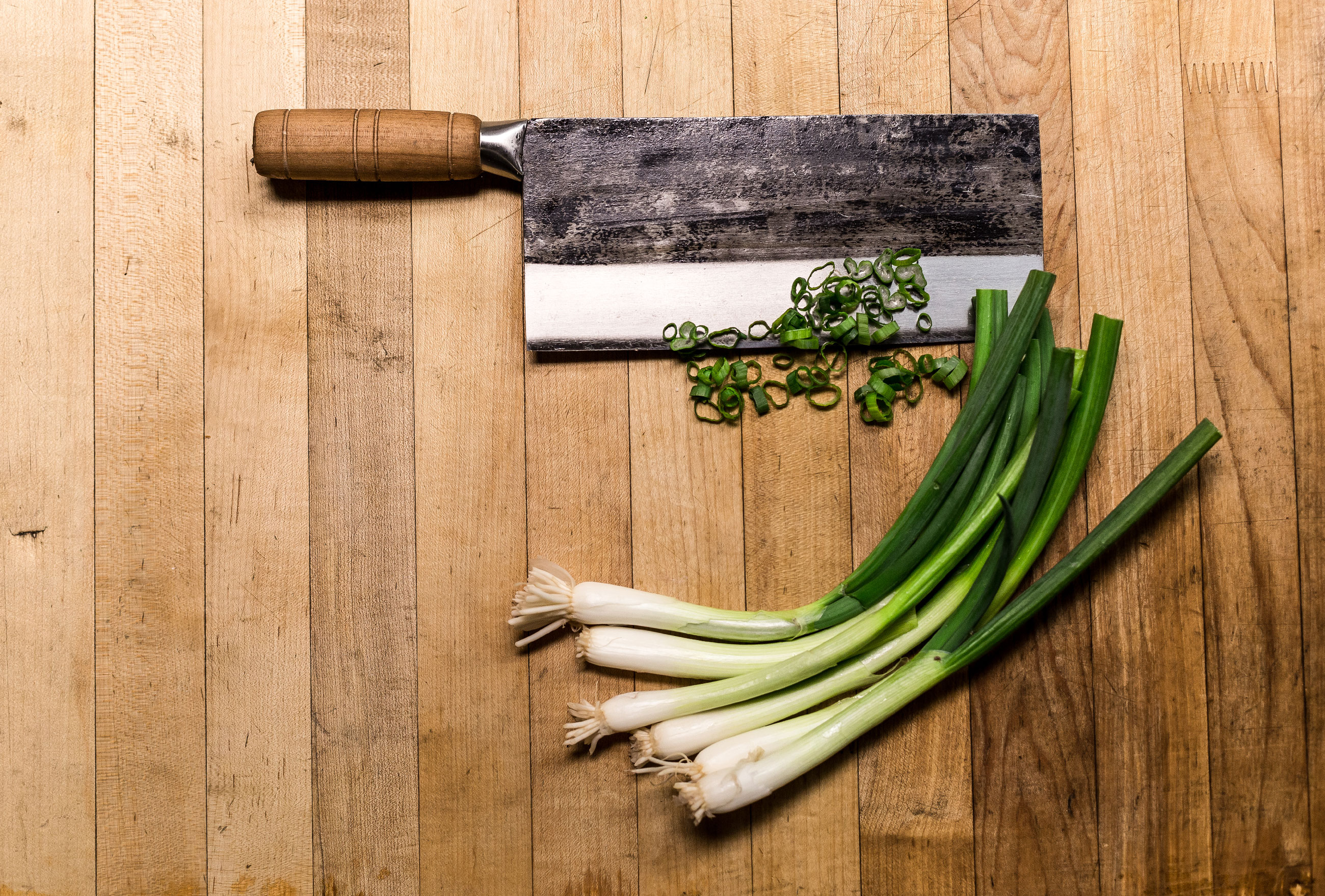 The Chinese cleaver is not a butcher's knife...

Since then, the knives have become more commonly used in both home and commercial kitchens. Commonly called the Chinese Cleaver due to its resemblance to Western butcher’s cleavers, the knife is used in preparing all types of food. The cai dao generally refers to a wide and flat chopping knife and can sometimes be used to describe a category of Chinese knives which can include slicing, chopping and boning knives.

The main unique selling point of the Chinese cleaver is that it can be used in place of an assortment of other knives. In her book Shark's Fin and Sichuan Pepper: A Sweet-Sour Memoir of Eating in China, Fuchsia Dunlop explains, "The Chinese cleaver is not a butcher's knife... The everyday cleaver, the cai dao or vegetable knife, is unexpectedly light and dexterous, as suitable for slicing a small shallot as a great hunk of meat, and used by everyone from the most macho chef to the frailest old lady."

So what’s the difference? One of the main differences between a Chinese cleaver and Western knives is the thickness of the blades. While European and American blades are commonly double faceted; sharpened to 20° and double the thickness of Chinese blades. In comparison, Chinese knives are generally sharpened to 15° and are often perceived as being sharper.