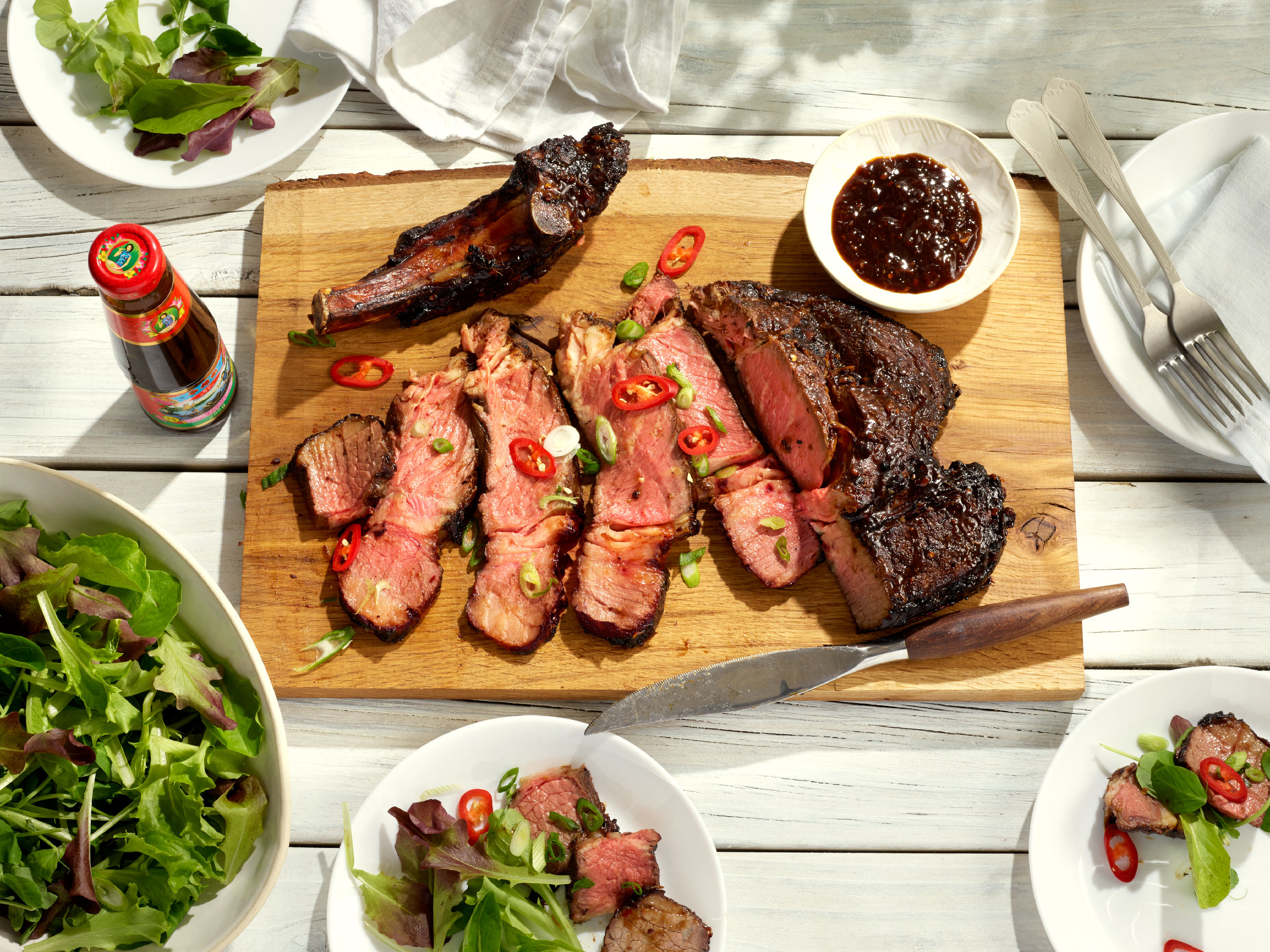 History has always seen different cultures mixing flavours and techniques in their food, and Asian cuisine is no different. For years, Asian fusion cuisine has been developing in the UK and now it is popping up just about everywhere. From street food, to sit down restaurants, to convenience food, the East meets West fusion is an Asian food trend that’s having a big impact on Asian chefs. Speaking to the Telegraph, Ching-He Huang said “Fusion has been happening for centuries, for as long as people have travelled. You would take your comfort food, noodles perhaps, with you, then use whatever you could find locally to make it taste of home.”

That’s not to say that fusion food is the ungainly amalgamation of two different cuisines – sushi croissant for example! Many Chinese restaurants and chefs choose a more subtle approach. The likes of Hakkasan use ingredients native to the UK to go with their traditional Chinese and Cantonese flavours. Hakkasan use Berkshire pork as part of their Sweet and Sour Duke of Berkshire Pork dish, as well as having a dedicated “only at London” menu. Duddells, meanwhile, use ingredients more likely to be found in the wider European continent than in Hong Kong. On the menu, the Chef Recommendations highlight famed Iberico pork, Parma ham and French organic chicken, Poulet de Bresse.

There are some big differences between Asian and Western cuisine and it all starts with the base ingredients. In Asian food recipes there are a wider range of ingredients used to create specific flavours such as a strong basis of animal-based seasoning such as Oyster Sauce, shrimp pastes and other fermented fish products, while in the west, salt and pepper are the main seasonings. Similarly, coconut is used rather than sugar for sweetness. There are plenty more ingredients used in Chinese Cuisine which aren’t commonly used in Western cooking – winter melons, yams and sea cucumbers are seldom seen in Western recipes!

While in the West diners are used to individual portions with the need to use cutlery, the opposite happens in Chinese food culture. Communal dining is commonplace with everyone sharing dishes, with ingredients cut small enough that only chopsticks are required.

One of the most high-profile Asian Chefs who is paving the way for adding Western elements to their Asian offering is Executive Chef Lee from Park Chinois. From becoming Head Chef at fine dining restaurant, The Dragon Inn in Malaysia, to the Ritz Carlton in Singapore, Chef Lee brings together a variety of techniques from around the world at his restaurant Park Chinois. One of their famed dishes, ‘The Park Carbonara’ fuses the finest Chinese ingredients, Inaniwa udon, sea urchin and an organic egg within this classic Italian dish. 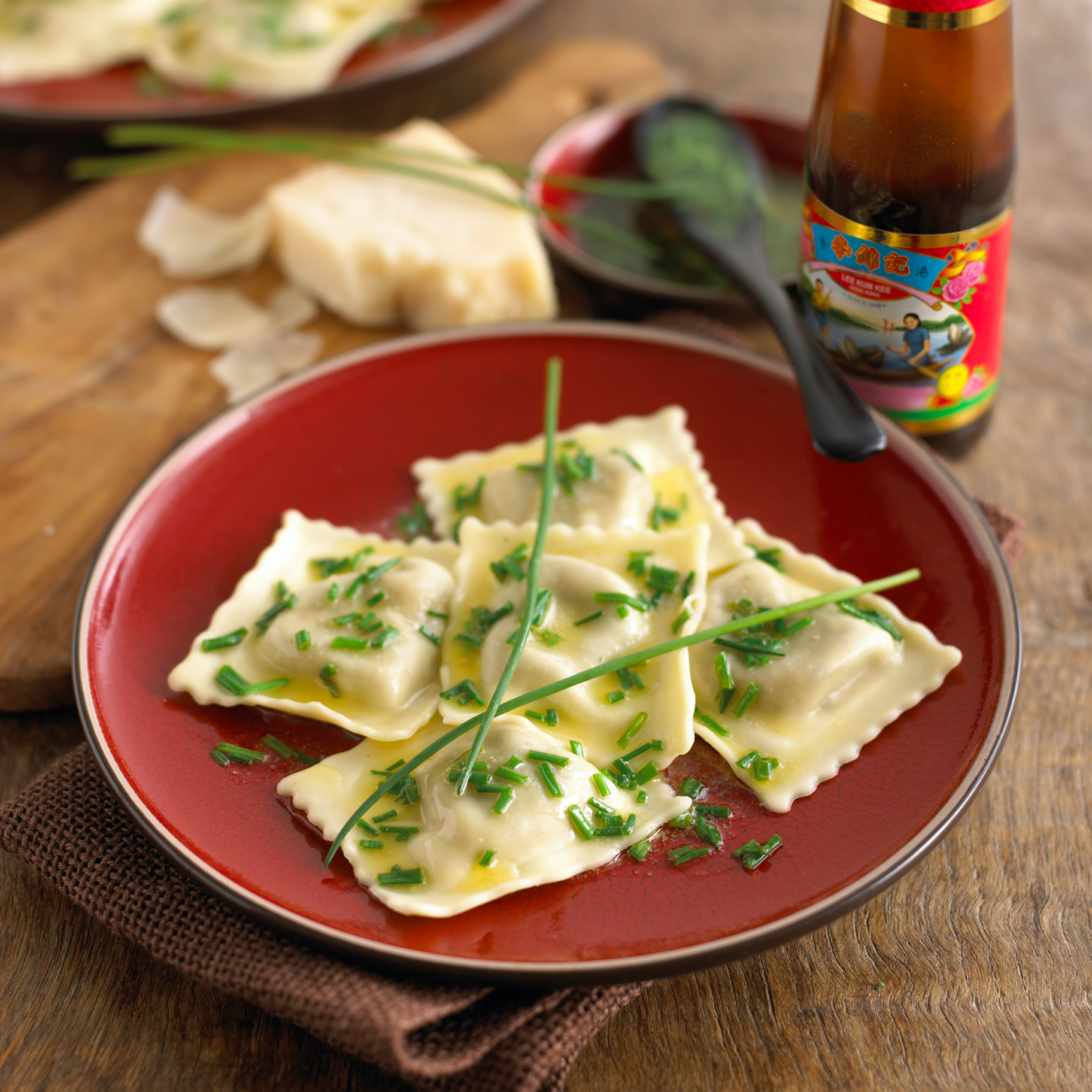 Fusion food trends even gained world famous Chef Chan Yan-tak his first Michelin Star. Having started working in kitchens as a young teenager, Chef Yan-tak worked his way through the ranks before being coaxed out of retirement to work at the Lung King Heen restaurant in the Four Seasons hotel in Hong Kong. He has since become the first Chinese chef to gain three Michelin Stars through his delicately flavoured Cantonese seafood dishes with a touch of French flavours – truffles and foie gras. Speaking to EatVacation about the types of cuisine he can create, Chef Yan-tak said “Luckily Hong Kong is a city with cultural diversity and we have loaded with options such as French, Japanese, Mexican and Spanish etc.”

Further West, Chef Ming Tsai brings together traditional Eastern flavours with popular American fare. With training at Le Cordon Bleu and training under Sushi Master Kobayashi in Osaka Chef Tsai continues to impress Boston diners with his innovative take on East meets West food. When asked about his culinary styles, Chef Tsai told Morinaga, “The best food in the world is someone else’s. People give a piece of themselves to you when they cook.” In his Boston restaurant Blue Dragon - an Asian gastro pub - Chef Tsai gives an Asian twist on a traditional cheese burger, adding Teriyaki sauce and a topping of Shittake mushrooms.

While there are many differences between Eastern and Western cuisines, the Chinese fusion world is one that is striking the balance and gaining world wide recognition. Top chefs have mastered the art of bringing Eastern flavours to a Western audience by introducing recognisable Western elements to their dishes.